The Legend of Molly Morgan

A life full of tragedy, romance and adventure

Molly hailed from Shropshire , England . She married a carpenter named Will Morgan and shared two children with him. But in 1790 she was caught stealing hemp from a linen factory and was subsequently transported to Australia.

Her ship was the Neptune , a floating hell on which more than 100 convicts died. Quite suspiciously, when Molly stepped ashore in old Sydney town, she was in very good condition. It seems she had made some good friends among the soldiers who showed their appreciation by supplying her with extra rations.

After some months, Molly was joined by her husband who had been transported for some funny business of his own. But Molly missed her children and was bored of her husband so she decided to return to England.

She became friends with a Captain Locke from the ship Resolution and managed to get a free passage back to England. So well did she endear herself to the Captain, he supplemented a luxurious return journey with a wedding proposal.  But Molly had other thoughts on her mind and once safely home, she married Thomas Mares, a wealthy brass founder from Plymouth.

The couple had a happy marriage until Mares was disrespectful. Molly responded by burning down the house. Convicted of arson, Molly was transported back to Australia in 1804.

In Australia, Molly became friendly with an army captain who acquired for her some land and a few head of cattle. Molly proved herself to be a more than capable farmer as her herd multiplied in size at rate never seen before. It was then discovered that Molly’s ingenious farming practice was to brand Government cattle as her own.

This time Molly’s charms were of no use and she was sent to the Newcastle Penal Colony, a place reserved for the most wicked of  convicts. She was soon on warm and affectionate terms with her overseers from amongst whom she selected a ‘protector’.

With his endorsement she negotiated her ticket of leave (parole) and gained a 150 acre Crown Land grant. She rapidly evolved the asset into chain of taverns along the river ports and bullock tracks of the Hunter Valley.

The Convict labourers assigned to her proved themselves to be particularly productive workers. It seems Molly’s management technique was to supply them with liquor as a bonus for hard work. Although the supply of booze to Convicts was highly illegal, as the mistress of a local official, Molly was able to continue her operations relatively unfetted. Aged 61, Molly acquired a fourth husband – and one that was much younger then herself. She renamed one her shanties the Angel Inn, which proved to be extremely popular and so marked the beginnings of  the city of Maitland. 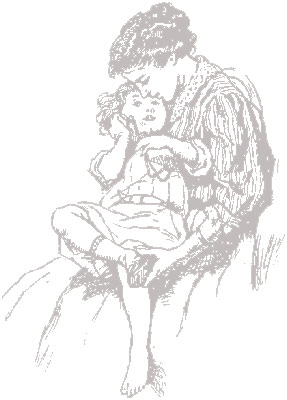 Whereas many wealthy individuals have shown a tendency to be captivated by their own prestige, Molly was different. Molly helped those less fortunate, donated freely to set up schools and churches and turned her own home into a hospital for the sick. When she heard of any wrongdoing, she organised summary justice.

Molly died at the ripe old age of 71, and was widely mourned as a “grand old lady.” Today, Molly’s memory has been immortalised by a winery and Motor Inn that both bear her name. Considering Molly’s fondness for a drink and a comfortable bed, there is no doubt that she would be pleased.